These are the Voyages...

After the last post I had some people in to check out the discovery of awful damp in the understairs cupboard and maybe fix the pointing. I thought maybe £700-£800 to set the issues right. Ha. No. Cheapest is £1,750 (and that won't fix the wall, just waterproof it, I'll have to pay someone else to fix the outside wall) and the most expensive (to do everything, including the repointing and waterproofing) is £3,800. Ah. See, I don't have that amount in my savings. This hit me rather hard, given the fact that I am also saving for the roof on the matrimonial home (£3,000+ - likely £5,000 in five years, that's for half the job), so I was a bit dow- no, I was very down.

Such is the situation that I had all children on Friday, earlier than planned, then took the middlest to a pre-release at my favourite vegan gaming cafe on the Saturday, both eldest on the Sunday and, today, I have another contractor to provide another quote. I guess to see which of the £1,750 and £3,800 is more likely to put everything right and be affordable. Oh, and yes, nothing done with the bathroom nor quoted for. It is... depressing. As always, I have done that thing where I get an idea in my head, stick to it and then discover that perhaps I would have been better walking away. Also, the eldest needs a room of her own and I can't afford to sort the loft out (as had been my original plan) because, well, I'm paying for other urgent repairs so... well, bugger, essentially. It also means that I haven't had chance to dress properly for a while and I wasn't quite prepared for how much that has negatively affected my mood.

I mean, I went Oop North to see me mother and didn't dress over that weekend and that seemed fine, but now that I have been unable (or unwilling) to spend that time I am definitely feeling it. I used to go months between dressing episodes and I didn't have the comfort of dressing in knickers nor in dressing in a nightie for bed. How in the name of all that is sane did I manage?

Did I ever mention His Grace John MacLean on here? I can't recall. But here he is:

I found the video above back in... 2018? I don't know. The important thing is that he was mentioned by Natalie Wynn in her video on pronouns and I had forgotten about him. So, this morning, I went diving again. Back when I discovered John MacLean's channel I found that I enjoyed listening to his make-up tutorials and was interested. What I hadn't discovered was his video on hair removal (a remarkably personal account given his protestations of privacy) nor appreciated his honesty in amongst his dry Scottish wit. And, during my shower today, it brought a mini-realisation: I've always enjoyed eye make-up and, yes, I wish I wore it more often.
During my relationship with Toby I was privileged to have her apply mascara and eye shadow on me twice. It was an amazing experience and I really enjoyed the 'look' that she created. Now, okay, it was very simple and quick, but I loved it. She said I had to get used to doing it myself (fair enough) but then cut off any attempts to get me in make-up - pointing out that I looked awful in it and that I perhaps shouldn't bother. It was... well, it was a bit of a turn-around and seemed mostly to stem from how much I enjoyed those early times. Since then I avoided it, mostly, and indulged only once in 2013 where I decided that it was too much effort to remove. Then, of course, I bought some recently and wore it to my night at the vegan gaming cafe and, more recently, to the in person support group meeting. After the man has been to look at my wall today I am strongly considering wearing it on a walk up to IKEA for a free coffee (because I know how to live).

However, I am supposed to be taking the smallest at 1545 today so... I may not. Mother says that I shouldn't be so available to help when called at short notice (I was texted last night at 2100) but... I'm a bit rubbish at that sort of thing. Always have been. Another reason that I am still very much alone.

Oh, I bought the desk - when facing £1,750+ for repairs, suddenly £60 on a desk doesn't seem steep and, well, not getting it is hardly going to dent the amount necessary to raise for repairs. I have also shaved my face closely again (I lacked the time yesterday and Saturday) and that feels much better. After so long wearing a beard one would think that I was used to it, and maybe I was, but also after so long wearing one I really appreciate not.

The video above is one that I referenced on an online forum when talking about feeling envious of other trans-women (and just trans* people in general) and thus out-sourcing dissatisfaction and dysphoria. Now, I can attest that at least one person on the forum who I have met at the in-person support group made me worry a little about my own poor job shaving. It turned out that she was using make up (I genuinely couldn't tell at the time, but I did only get a glimpse as she sipped a tea - we were wearing face masks). In the most recent meeting she disclosed that she was really shy around her chin and jaw because she worried that her beard would (ahem) burgeon through. That struck me as being similar to the story above in the video, which I had just watched earlier that day. So, here's that if it is of use to you, dear reader. Also, and in the interests of clarity and honesty: I love love love Mia's glasses, hair and lipstick. In every video of hers that I have seen thus far. They are, if you'll forgive the internet-i-cism: #goals.

Ah, yes, of course, over on the left you have what used to be my standard waking up selfies sample for this month. I don't tend to take these as often now. Not because I didn't like them but because, well, I get a chance to have other moments of gender euphoria now that I'm getting used to new things. Note how I haven't added make-up on this one - because I don't feel like I need to as much as I am confident that, soon, I shall be adding it in real life more often. I have, after all, shaved off some errant hair twixt the eyebrows and... I like that.

Coda: as I was typing the above, the next tradesman arrived. He quoted a much lower price and with plenty of the same beats of those that had come before so... I booked them. 30 September is booked in, and I might be able to afford it. So... that's nice.

If you have been, thank you for reading! 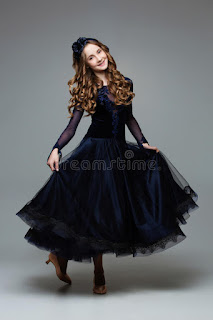