A Walk in the Park

Given my mental pinging back and forth over the last few posts (and, indeed, in the last few months since reading Real Life comics again) it's not a word I thought I would be opening a blog post with, but you play the hand that's dealt.

After the discussion with my mother, which was related truncated and without specifics here, we didn't touch on it much after that. During our walk in the park, she asked what I felt when going to the in-person support group: do I feel content when I am there, do I look forward to it, is it exciting? And, well, the best I could say was that, at time of asking, I was feeling down and so emotions were hard to recognise or report on. It occurs to me that the fact that I have been spending days and days dressed is not something that many people know or expect. And, I had packed only my most masculine clothing items and pronouns to go north. I didn't even shave whilst I was up there (my razor is lilac and my shaving cream berry scented, so... yeah, pretty dang obvious).

I did when I got back though. Like, it was one of the first things I did. I didn't dress immediately though, I looked critically at all the cracks I have and wondered if any are new or getting bigger (on the house walls, not in a mirror). I put on an alice band to keep my hair out of my face and dispensed with the hair-grips and felt better instantly. I changed underwear from boxers to knickers and my socks to the trainer socks I bought. I tried to prepare the house for the rearranged curry night with Miss Warrington. Like, do I keep my hair-brush out in the bathroom? How much do I pack away my clothes? What evidence is there about the place of how I've femmed up my lifestyle this summer? Or, do I go the whole hog, don mascara and dress for the occasion?

Oh, yes, the curry night. I did not dress or wear mascara. In the event, I was very much underdressed when Miss Warrington arrived in dress, denim jacket and a new-ish haircut. Later than anticipated, we had but one half each before the meal, and it was nice. Inevitably She asked if I had been back to the in-person support group. She complimented the alice band. She said that She thought no one would raise an eyebrow if I were to attend work dressed and 'come out'. She suspected that students may already suspect and would be supportive. It was affirming. I mean, She could have just asked and I would have told Her, but hey, I appreciate the effort She went to for it all to appear accidental and conversational that She asked. She went, I walked home, got into my bra and nightie and slept. Soundly.

This morning, shaved, I had a bath (ridiculous luxuriation) and have dressed in my flared jeans, pink t-shirt, bra, knickers and glasses. And I sit here and feel... comfortable. So, this is what comfort feels like? Well, yeah I guess it is.

I mean, clothes aren't the thing but they are part of the thing. I am working up the nerve to don a coat (there's a light drizzle) and return the other jeans (they aren't long enough in the leg), get some tissues and maybe swing by my local supermarket and get some groceries. I would be doing this fully dressed for the first time. And, well, I could maybe get away with that. I'm still going to get read as male, but the clothes aren't obviously feminine enough that people would even notice. Well, okay, stuffed bra and t-shirt would be, but they'd be under my coat - so no one will really look twice. They may look twice, but it would be inconclusive enough that no one would look further.

People would raise an eyebrow at work. I was already getting side-eye from my ex-boss (replaced by Alice now) last term with the longer hair. Let's not forget that I took down the Genderbread Person graphic in fear of parental complaints because a conversation sparked by the graphic led to a parental complaint and an official warning from the management of the school about that conversation. The teacher of Psychology has referred to 'that popular trans-sexual issue' as something that she is 'uncomfortable teaching about' because 'basically it's unscientific and far more damaging than analysing suicidal ideation' to 'developing minds'. "It's one of those passing fads," she told me by the photocopier once "and I worry that too many youngsters think it's a Thing when really it's just a tool to get engagement and attention."

A long time ago now, but at the same school, there was an English teacher whom I learned was a Vicar's wife. She and I had many conversations about faith and society - it seemed I was someone she felt 'safe' talking to about feminism in faith and challenges and all sorts. In amongst everything it came out that I was perfectly happy with trans people in my understanding of my faith - that is, I used my line that God does not make mistakes ergo trans* people were created that way by God and thus it was for us to react to them as Christ would, meeting them where they were. Yes, I used the term 'they' because this was a few years ago now and I did not consider myself 'good enough' to be trans* in most applications of the term. Anyway, the teacher was leaving and we had spoken a lot about why - like I say, I was playing supportive colleague. As part of that she very deliberately took me to one side after school one day, it was sunny and warm so maybe in the summer, and then...She asked how I reconciled my obvious strong faith with transgender people in general. What was my take on the fact that it suddenly seemed popular? I answered honestly. And, in the process, I said in defence of what I was saying "you ask how I can know some of this? Well, the truth is, I am one." And she smiled, nodded, but was visibly taken aback. To her enduring credit, we continued the discussion, she finished saying she would have to read more and try to understand; but I did wonder about the crossing of a line. I feel I did cross a line. She was liberal, she was caring, she probably did go and read more and was challenged. But had she stayed at the school, I suspect our relationship would have been irrevocably changed.

If I were to 'come out' more widely at work, if I were to arrive dressed, I would not only raise eyebrows and ruffle feathers, I would be taking a huge risk - even with people who would be sympathetic. But, as I did say to Miss Warrington, I do feel, now, that it is rather more a matter of time than choice. Sooner or later action will have to be taken. Hormones? Surgery? Social transition? I don't know. How far or how obvious I cannot say, but I am going to do something.

My mother asked that question too, Miss Warrington asked it last night, do I want to 'fully' transition? (I put the 'fully' in quotes because, whilst I know what they mean by the term, I'm not sure what it actually means). 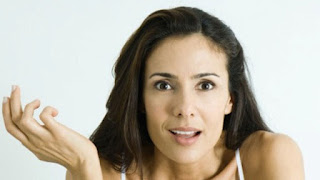