Today, the quarantine ended and I took my car in for a service. I'd booked it in for 0845 but they warned me it might not be ready to take back until 1700. Naturally, as the garage wasn't that far from a rather large urban conurbation (you might call it a major UK city), I was all up for this. I had a book token to spend at a bookshop (Waterstones) and the itch to see if there were some nice clothes in charity shops or maybe even, *gasp*, in an actual bricks and mortar shop where I might *further gasping* buy some clothes for me rather than for a disguise. Also, I'd had a bath recently where I had taken the time to shave my legs and they were smooth indeed. Like, smooth, and I was feeling sad that I'd been unable to make the in-person support group. Looking at the distance betwixt garage and centre, where the Waterstones was, there was a good chance that I coould walk it *gasp* in heels. It was about half an hour normal walking time, so, what, forty-five minutes in heels? The weather was cooller than recently, I should be able to manage a dress or skirt. Hell, I have lipstick lying around (don't ask) so I could even try that! Or, maybe I wouldn't have to, I have a mask after all. Also, shaved pits and reasonably long-ish hair. Oh, and my glasses.

Imagine it: going to a city dressed. A city I already know has it's 'fringe' and so I would pass largely unremarked upon. Now, sure, I wouldn't pass so seamlessly as to have people refer to me as 'Miss' or not notice that I play a male role most of the time in life. I may even come in for some teasing, looks etc. But, you know, in that city for however long it is between 0845 and 1700 I could probably take it. After all, walk to bookshop, stick in bookshop, visit a comic store (and, let's face it, people in a comic store in the UK are likely to be rather into the whole Pride thing in a city that has rather bet the silverware on being Pride-aware and safe), visit a vegan game cafe (I mean, seriouisly, could there be a place more accepting of the trans* community?) and hit some charity shops and women's clothing stores. Then walk back, easy, right?

Of course I didn't. There was the hurdle of dropping the car off. The worry about taking a backpack (none of my clothing really would allow for that... No, that's a lie, I just didn't plan ahead). I had a beer last night. I got up reasonably early, took forever to get showered and wash my hair, shaved so close I really may have damaged my top lip, failed to apply lipstick properly (six attempts, smarting lip) and then... then just bottled the whole affair.

Trousers, craft beer t-shirt and a rucksack with trainers. 'Sir' at the garage, at the shops... everywhere. Because, well, obviously.

Then the self-doubt started to really ramp up. Walking into the centre I was beset by my situation - am I just play-acting now? Is this really me? Can I really, after all this time, really call myself a transwoman? After all, what I really wanted for so long was just physical intimacy with a woman and, well, doing what I think I'm doing- isn't that just a stand in for that physical intimacy? No one is ever going to find me attractive, and transitioning won't solve that, it'll just add more obstacles and hurdles. Hell, I can't carry off 'male' and I was born with all the natural advantages a male needs, along with a male childhood and male puberty. What hope do I have of looking even vaguely feminine? What does it even mean anyway to look feminine?

I'd gone back into chastity on Saturday, seemed to be doing well, then came out of it on Sunday morning and discovered small amounts of blood and chafing. I mean, honestly, I've spent £100 on a Vice and I still can't put it on properly? I can't look feminine, I can't wear chastity right and I'm tramping down a road not wearing a face mask past closed shops. It takes less than twenty minutes to hit the centre, so could have done it in heels. 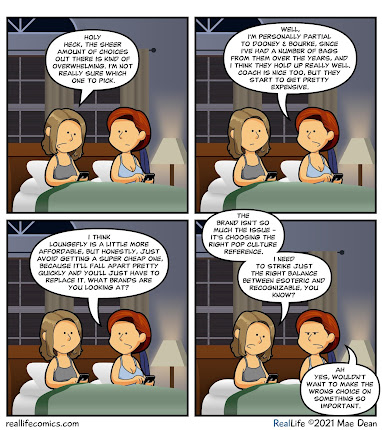 In the centre I got to the bookshop. I had hoped to use my token to buy a diary. But what would I use a diary for anyway? Did I really want to spend £5 extra to get an academic diary in pink leather around A5 size with all the extra organisational stuff? When was the last time I used a diary effectively anyway? Was I planning to use this at work, what the Hell? I mean, really, taking an obviously female diary to my place of work? As a teacher!? Come on, useless sack of potatoes, what are you thinking? Are you even thinking at all? Look at the graphic novels instead, all beyond my price range, all cheaper online. Walk to the charity shops. Listlessly go through some tops and skirts, nothing looks quite right - when would I even wear these things? I've already missed the support group, probably going to miss the next one and, well, come on. Go to the comic store, read a bit of some interesting stuff, can't find the book I'm looking for, get spooked, leave. Hit Forbidden Planet and see Mae Dean's handbag, where I ruminate on the price of them and the fact that I always thought I'd want figurines but, well, I don't really. They're all a bit exploitative and pointless and where would I put one? And what would I buy? An airbrushed version of Rey? Leave, get the glue for the middlest child from the Warhammer 40k shop.

Here the shop assistant, with nothing else to do, tries to engage me in chat about modelling. She's nice, genuine, actually enthusiastic about my boy's hobby and his army, what he's painting, how much I'm able to join in. But I'm feeling very, very uncomfortable. I leave quickly. I walk back to Waterstones and agonise for a bit longer - read some books for teens on being trans and reflect how much more media there is out there now. Would I have read it as a teen? Wouild it have made even the slightest difference to my own life? A dead end, a pointless what if. I check the internet, a diary I have my eye on there is cheaper than the one in the shop. But the one in the shop works out cheaper becasue of my token. Another stationary shop has a similar diary, wonder if they have it physically.

Lunch. Stationary shop, nope, not there. Pootle. See eye make-up demonstrations in a department store. Stand uselessly and wonder if I should ask to try. But I'd only have to wash it off tonight before bed, what's the point? As if I could pull off eye make-up! What am I thinking? Weirdo. See some market stalls with wigs, my hair is long enough, and, honestly, I don't need to think about wigs. It's not like I'd take care of them anyway. It would be a pointless waste of money and I can't justify it.

Walk back to gaze at diary, read extract of a sci-fi novel about people being unable to sleep. Walk back to charity shops, see a nice dress. Walk back to the bookshop. On my way I am reminded of that awful evening when I got so frustrated by my middlest child being indecisive that I ended up hitting him. Feel truly awful. This is why I am where I am. I'm not on a voyage of self-discovery, I'm an evil little shit who doesn't deserve nice things. Or love. Anyone's love. I deserve to die alone and forgotten.

End up talking to a strange man on a bench about Fred Dibnah and architecture. He's clearly not all there, a bit dangerous, keeps almost getting angry then calming again. I leave, loop round, go back into the bookshop. See plenty of girls and women, all happy, some questing with gender in healthy ways. Bet they haven't hit anyone they love. I bury it with some John Wyndham books - do I spent the token on one of these that my mother already owns so I can have it before they're passed on anyway? Would I ever read them? As I sit on the floor I realise my smooth leg is nice to touch, it's beneath the trouser leg. There's a shittier diary, I buy that, with a discount because the stickers have been stolen and there's a rip in the spine. It's not pink. I try to be nice to the checkout assistant.

Walk back to see the nice dress. I have never regretted buying any female-tailored clothing. I mean, apart from that skater dress that was a bit too big. After humming and hawing I buy it. £6. Blue and yellow with white polka dots. Walk to the vegan game cafe, there's really no one in, I get a paintbrush and a nice vegan caramel slice. The slice is very nice. It's hotter now, regretting the trousers, if not a skirt I could have at least gone with a pair of shorts, right?

Walking back to the supermarket near the garage I am passing by where I took the middlest to a football tournament. He really liked that, got a lot from it. Good deeds do not blot out the bad ones though, the bad deeds do blot out good stuff, that's how it works. Machiavelli. Did I learn that from Tilly or do I project it onto her so I don't feel so bad about myself? Phone call about the car, I try to be understanding and nice to the lady on the phone. On picking the car up the staff bend over backwards to be nice and apologetic, did I sound angry? Did I look angry? Shit, do I look angry? Try hard to smile beneath the face-mask. Sweating. Did one of them see what I did that night?

I have to take the car back again tomorrow, only for a short while, and it'll likely be raining. I'm in my new dress, I haven't been shopping, I'm wearing my cat-eye glasses. I even danced a bit making tea, in my new dress. I have no idea why this is the post that I am apparently writing.