Just below my skin, I'm screaming...

For how long have I been in the trenches, fighting this endless war?

In the car today I was listening to some old playlists and what should come on but Salva Mea by Faithless from their best of album released sometime a decade and a half or so ago. I remember getting the CD sometime when I was living in the flat with the oddly shaped room, and listening to it on repeat whilst I pootled on the Megatokyo forums back in the day. This would have been around the time I went out with and was dumped by Toby, so the summer I think. It's the lyrics that I recalled.

Since listening to it back then I've only really listened to the opening minute or so because I used that as the music for countless 'music'n'image' starters in lessons and, once, in the interview that got me my current job. There you hear the haunting voice of Dido singing "How can I change the world, if I can't even change myself? How can I change the way I am? I don't know. I don't know." - which in itself was something that I took to heart but, generally, weas innocuous enough that it doesn't resonate too much (apart from the part where, yes, I do wonder about that).

No, it's the main body of the song that I listened to again and realised how long I've been in the trenches, since at least mid-2005.

I wanna take a look at the world behind these eyes,Every nook, every cranny reorganize,Realize my face don't fit the way I feel.What's real?I need a mirror to check my face is in place,In case of upheaval, fundamental movement below,What's really going on I wanna know,But yo, it don't show on the outside, so slide.Just below my skin I'm screaming... 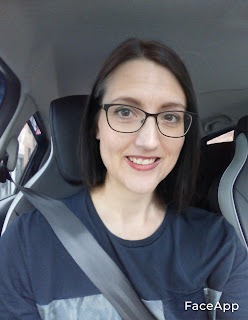 They speak to me and I remember repeating that line: Just below my skin, I'm screaming... so often as I sat at my computer in 2005 and before I moved to my own house in 2006. I knew there was something that didn't sit right. I knew that when I dressed for Toby I felt something that was deep. I knew that I had whiffled for ages in 2004 through to going out with Toby in early 2005 about cross-dressing, something in turn that I had struggled with since at least 1998 and was in diaries from at least 1996. I knew that actually cross-dressing had simply confirmed was more about how it felt than the titillation of sexual play - though that had also played a role - the feeling of not quite daring to breathe lest it ruin the illusion, the reality, of wearing a dress. The frisson of going out dressed but not once sporting even a semi-erect penis, but all the while holding a breath because of the realisation that my face now fit the way I felt.

I need a mirror for my spirit,Yeah, can you hear it?When I get deep, wanna hear my soul sleep,Not drowning, tumbling around and around in the voicesLike a crowd in my head so loud,I wonder what it's like to be dead,I hope it's quiet, noise in my head like a riot,Any remedy you have for me I'll try it.Just below my skin I'm screaming...

My mother left some stuff for me to pick up when we went to visit to the old family haunts this last weekend (about which more another time, but suffice to say that Tilly outdid herself in being kind and generous to my grandmother; further illustrating my own ineptitude with dates, gestures and all that kind of thing). I went through some of it tonight with my middlest over - tellingly a lot of the stories written involved female protagonists (and antagonists), death and lost love. These are stories I was writing from the age of around 8 to around 11. But virtually all of them (apart from the ones with me and my friends in them) had female protagonists, Rachel and Georgina, who invariably witnessed death, lost loves and who were always friends. Sometimes, mid-story, the main character would spontaneously shift from Rachel and Georgina to me and then back again or else from me to Rachel and/or Georgina. Quite a feat given that these were less than a few pages long each!

Now, okay, a vast majority of the stories were short and involved me or my friends (especially from before I was 8) but then, around the age of 8, in pops Georgina, followed by Rachel (maybe someone I knew in class?) and then they slowly begin to dominate. Only to disappear by the end of primary school (the age of 11) - but I still can't find the Boy to Girl story from 11 or 12 years old. I've found the sequel, Boy to Wolf (itself unfinished). It's just... I find it strange that the stories take the direction they do. Just below my skin, I was screaming.

Enough, it's late, time for bed.