Yesterday I got caught up in a really interesting discussion at the end of work and ended up being too late to take my daughter to dance. Over the last week, reaching out to an actual physical group (well, not yet, but their forum at any rate) I have found myself checking there and not getting much work done. On an evening I attempt to dress and then have missed having any time to do anything else (I'm not pushed for time, but that is a worry for when I shall be in the future). This weekend the family is heading to see my grandmother for her 90th and I still haven't got a card nor a plan for how to ensure the car will be charged enough to ger there. I mean, we can charge for the way back without a problem, but getting there could be problematic.

There's a lot going on. And my recent(ish) revelations are not helping so very much.

My hair has reached an even more annoying stage. I now wear about eight hair grips to keep the fringe bits out of my face and the bit at the back is unruly and annoying. I'm seriously wondering if I can really cope with growing it out - three more weeks until I finish work, can I manage that? Not really got a choice - there's no time on a Saturday and the hair-dressers are all shut on Sundays or by the time I can get back from work. So, I shall grow it out for at least three more weeks.

Still in chastity, but there's some swelling developing that could be a concern. I may have to come out soon to let it go down - no idea what caused it to happen either, as it was fine before this point, so something shifted or moved to cause the problem.

All of which said: I really enjoyed the opportunity this week to wear that nightie I was babbling about last post. It has been fantastic to sleep in it and to wake in a morning with it on. I still don't quite know why it has the effect that it does, but it has been a lovely effect. The broken nights due to the issue above, however, have rather impacted on my mornings. No longer do I get up around 5am and no longer do I wash pots and make lunches. Instead I am lethargic and rise around 0600 to 0630. I have breakfast and then I try to get ready. But because I am tired this can be drawn out. I seem to leave the house not at the 0645 I was doing in the flat but closer to 0730 or, this morning, 0750. This is not great.

And I keep finding myself going back to the trenches. I almost don't want that war to end, it's all I've ever known for so long that I've got used to it. When there isn't the whine and rush and crump of shell-fire, the zing of the sniper's rifle's bullet or the prospect of a messy death in the mud all around it feels wrong and too quiet. Even the euphoria of leave (the FaceApp photos continue) is tainted by my looking back wistfully to that battlefield. Sassoon wrote of death in the trenches: I knew a simple soldier boy, who grinned at life with empty joy; slept soiundly through the lonesome dark, and whistled early with the lark. In winter trenches, cowed and glum, with crumps and lice and lack of rum: he put a bullet in his brain, no one spoke of him again. And so it is here, I can whistle with the lark in the morning chorus and obsessively check a forum but there is the work and there are the children and I am slipping again.

Changing things will not change me. Embracing who I am will not alter the fundamental problem: I am still me. Regardless of gender, name, appearance, I am still the same me that I have always been. Still prone to miss important things, to mess up innocuous conversation. I am still me. And, well, I still struggle to like what I see of myself. It's nice to see Joanna from time to time, but she is still me underneath and I am still rubbish. At least in the trenches I can blame my ineptitude on the strain, I can take comfort in the pain, I can sigh wistfully about peace without ever having to worry about dealing with it or trying to attain it for myself. I can lose myself in the struggle, hastening an end in one way or another, but not one I have to plan beyond. 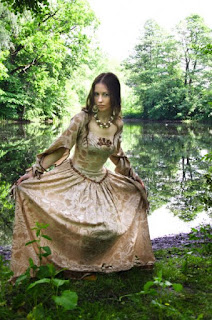