Today I learned about Nair as a product. I mean, don't get me wrong, I've known it as a brand name for some time now and always assumed it was US-centric. And, furthermore, that the effects as described in fiction were semi-magical and unrealistic. Anyway, I found a tube for a mere pound a couple of weeks back and obviously I bought that in.

Since the last, failed, effort at chastity I haven't dressed all that much, certainly not the amount of time that I have had available, not every moment I have. Part of me feels some regret but the rest of me just points out that I have waited as long as I have and, well, what's a few more days here and there? The half term ended last weekend, it was a good half term. I actually felt largely prepared for going back to work for the first time... in a long time. And, more to the point, I was prepared. Nothing went wrong. I had a great day on Monday, great I tell you, and then I just blitzed it. So much so that I actually had a day on Wednesday to plough through some of the admin stuff on moving house, which was... well, quite liberating. I'm trying hard not to think too hard about Tilly finishing her book, starting a novel, painting fences in the garden and actually doing gardening. All jobs that she lacked the time and mental space to do when I was at home and would never have been done because of childcare but are now, magically, getting done with children in tow. Because of course they are. I'm gone, Tilly has mental space to think about things and, as she explained on a post about her writing, the rising tide of anxiety is mostly being kept in check.

And I have been prepared for work.

Yesterday I tried a small amount of Nair on my left leg and was pleasantly surprised to find it did not cause a problem and cleared a patch from hair. Last night I slept collared and leashed, because it turns out I like how that feels (it's safe). This morning I slathered both legs in the stuff, Nair, and followed the directions. I was unprepared for the mental high when I saw my hair running down the plughole or the feel of my smooth skin in the shower. I wasn't ready to feel the need to shave off the bits I missed, nor the alacrity with which I was able to do this task - I know I waxed lyrical about shaving a few weeks (months?) back, but I had found the act tedious and time-consuming. But, man, using hair removal cream first and then following by shaving the bits I missed? And seeing the amount of dark hair just fall from my legs (and butt cheeks)... I was blown away. I almost shuddered with actual joy. Joy, you see, not just happiness: joy! I haven't felt joy for so long. Not since the first law (you can look that post up, I shan't insult intelligence by linking directly).

I have cooked. I have entertained the Boy with computer games and played along. I have done my legs, they are smooth, and today I wore a thong, tights, bralette and cami in celebration. I type in my newly acquired pencil skirt (picked up in October) and... I feel like I'm finally picking up where I left off back in 2006.

Is it worth the cost? Honestly, no. But, given that I paid, I'll embrace it. 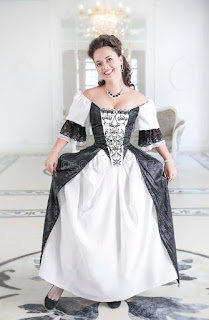