You may recall my playing with a chastity device around the end of August last year, well, things were such that I thought I would return to it and see if I could break my record. I set myself up, got comfortable, and took the plunge. And, you know what? It was lovely. For the first two days at work things were actually rather nice, nothing was obvious and the feeling of having things cradled down there was actually rather lovely. I was in no danger, I had my spare key with me. And then I opened a session on Emlalock because, well, I wanted to see just how far I could go. In the past I have been on emlalock and nothing has happened, so I didn't expect much and looked forward to maybe ending things over the weekend.

I was in for a shock, because the session was adopted on the Friday night and I decided to stay true and real to it for a while. It was quite a thing being in contact with someone else who was controlling my chastity. I enjoyed the experience and remained locked from 7.30am on 6 February through to 141 hours later, so just under six days? I lose track. However, over the next couple of days I missed the warm feeling of the chastity cage (is that the right term? Eh, it'll do) and the feeling of having to be careful, so I donned it once more and kept it on for a further 60 hours. However, I'd messed up and had to remove it and recover a bit as I'd done it so badly I ran the risk of injury and damage.

By now we were in the half term holiday (I shan't detail the shitty goings on at work, they are par for the course it appears for me) and I spent yesterday with the family. Well, I say that, I spent it running errands and being the childcare off to one side either with the youngest as he pushed tractors for an hour or so or with the eldest two as they watched a magic show. Tilly and the mother of the other children spent much of the time in conversation, catching up, and Tilly spent some valuable time without a small person clambering over her. Over the weekend she had a friend over and it was my job to baby-sit the youngest, collect the takeaways and generally give her the time to spend with her friend or to work on her book and book deal (it's going ahead and is likely to be financially viable as well). Don't get me wrong, but it does get wearing. I digress.

At the day out I noticed that I was behaving as if I still had the cage on, carefully weighing options and preventing any engorgement of down there. Sure, wearing it has been robbing me of some sleep as it torments me awake in the middle of the night, but what is that to the feeling of safety and interest that it provides. I mean, I can happily pretend with a session online and provide titillation and amusement for the person that adopted my session - that's easy and par for the course - but I can't pretend about the warm feeling of a locked cage during the day. And, I can't.


Checking my health down there this morning I was satisfied all was well and promptly locked myself up again but with a smaller ring to prevent pulling. This seems to have helped and done the trick regarding pain elsewhere, and whilst at work today trying to tidy up I found it was quite nice to have it back on. I'm not saying it's not... interesting to wear but I am suggesting that it feels snug and comforting in away. Even the occasional pain as it flares up without warning is nice, as if it matters again, you know?

The whole thing put me in mind of the first few entries on this place and my relationship with cross-dressing at that time. Bizarrely enough, this isn't about cross-dressing, it's just about feeling as though down there matters again, like it means something, like it counts. It doesn't, of course, but it's a nice feeling.

I want to talk to Tilly about it, to share my feelings and explain. But I can't. There isn't the time to talk and I don't even know how I would raise it. During our recent(?) travails (is it really four months ago?) Tilly explained that she self-identifies as a middle-aged woman with three children. As a consequence she doesn't think of sex at all, doesn't see how or why it would fit anywhere and, honestly, doesn't see that changing. As for anything else, without even sex as a bedrock she can't understand how she is supposed to even consider any of it, nor why I should either. 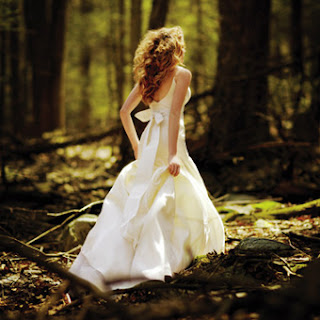 Posted by Joanna Cole at 1:31 pm No comments: