There's more to life than joy-rides 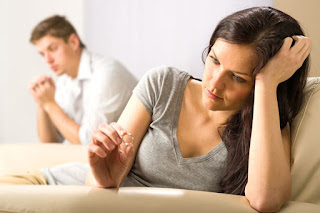 Background: our chinchilla was put down. I did not mourn.

Incident: I borrowed some measuring tape from a drawer to ostensibly check my waist (fast approaching 36" apparently, bugger) because my trousers were making me burp (no, really). I also wanted to measure myself up for the fantasy chastity device I will never buy. However, in the drawer, apparently, was a ball of chinchilla fur. I did not see it. The following morning I got an angry text from Tilly telling me it was gone and demanding to know what I had done with it and why. My stuttering response was met with a jovial text saying she was over it, she'd found it, it was manky and she will be binning it. Cue confusion from me and feeling like shit in the meantime, as one would.

Aftermath: in discussion with colleagues I let myself be talked into a position where I revealed that Tilly and the children had been on a holiday to the seaside without me. My colleagues expressed concern and surprise, I pointed out that it was better for everyone because we know our strengths. Tilly and the children had a great time, I got some work done. Luckily, conversation moved on pretty quickly after that (and the revelation that I wasn't wearing my wedding ring, my defence that I haven't worn it in a year was met with further shock and did nothing to help matters).


Background: in order to allow me to get more marking done, Tilly took the children to a birthday party today on the bus. They missed the bus back, waited for the next one and came home late. I had made tea but I made the wrong sandwich for Tilly - using filling left over from a previous sandwich on the wrong bread.

Incident: I joined Tilly eating in the kitchen, she was in a self-confessed good mood. This became an apparently jokey attack on my movement of some paper from the hallway to the pantry with some other items to go back to school. I defended it, she kept going "joking" that people had proper places to put things, mine made no sense to her and it was ridiculous. I got annoyed, and fired a snark back. This was the wrong thing to do. Tilly told me she was joking, that she was sorry, and that maybe I ought to go elsewhere. I did. She then took the youngest out for a walk because she didn't want to get into a discussion about what is wrong, as always happens after such incidents, and that I had destroyed her good mood. It always happens when she's been out and had fun with friends, she said, and it's clearly being relaxed that does it.

Aftermath: I post this here. Tilly returns and avoids the subject assiduously. When finally confronted reassures me that she wasn't attacking me. I say it's mainly because I am the way I am and she has been with 'normal' people; she agrees and takes it further - the reason we are where we are in our relationship (such that it is) is down to how I am (we are referring to my ASD). I remind her that she said her perfect relationship is out there and that she deserves better. She says nothing but her face agrees. 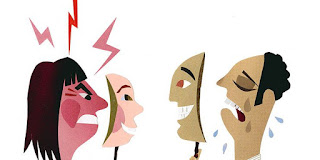 Don't know why I'm posting this except for the fact that I am a horrible person.

That's it, nothing to see here.
Posted by Joanna Cole at 1:11 pm No comments:

Movies by the Great John Woo

Procrastination has reached all time high as I dive into the part of the year I like to refer to as marking hell. It is marking hell because of all the extra work I take on at this time of year, sure, but we need the money and I never seem to make enough to keep us afloat more than one year. Ah, the old amelioration. Basically, I have had some extra cash this year but blown it on beer, therapy, more beer and Magic Cards. Of course I have. I'm not saying I could have done without the extra work but I am saying that I could have been a little less pressured economically into doing it than I currently feel. Equally it wouldn't be so bad if I had used the recent holiday effectively to mark what I needed to mark and clear the desks regarding things like reports so that I had a clear week to get going. And, of course, if I were any good at being consistent then maybe I wouldn't get hit for being, well, inconsistent with my marking.

Previously, I have crowed about my accuracy and such. I have received plaudits for it in the past. No more. Like anything I try to do long term, I get complacent and lazy with it. Blase and a bit devil may care, you know? And so it comes to pass that I have reached the end of this rabbit hole. I am going to try and pull it all back but I worry that I won't be able to. I shall lose the contract and the chance to come back in the future and, with that, the extra stream of money that the family has rather come to rely on will dry up at exactly the moment that we rather need the extra money to cover rising shopping costs through inflation and an extra member of our oh-so-select group.

Addiction too. Having previously spoken of line writing sites and their ilk I have also started getting into cornertime via an app, because of course I have, and so have been deliberately wasting time on both typing lines and standing in a fucking corner because why the fuck not, right? Along with obvious conditioning in my masturbatory habits and you have a recipe for a lot of time on an evening wasted and not a lot to show for it except a strange feeling of satisfaction and lingering shame, which is kinda the point I feel of masturbation in the first place. If you're not feeling ashamed afterward then you probably aren't doing it right. I have joined tumblr properly - want to feel humbler, go on tumblr, re-evaluate your life: see the world unfurled in front of your eyes (your eyes). You'll despise the state of affair, despair at feminists and Men's Rights Activists in constant fights about their rights to resolve the plights caused by whites, must this injustice go on? Everyone is wrong. (sigh) Everything is shit (Shi-it). But... ooh, grumpy cat gif! (Ji-if) It's Gif! Ahem.

I joined because I saw a tumblr (funny that) and thought I needed to read further. So, of course, that was another few hours of my life over several nights. As was the time when the family went on holiday to Bournemouth whilst I was still at work, Sunday to Thursday (Wed and Thu I spent in work until 9.30pm on Open Evenings voluntary-not-voluntary-unpaid-overtime), and had a lovely time at the beach. Tilly loved the fact that there were extra adults (imagine!) who could help with the child-rearing and barely got in contact the entire time they were away. Ostensibly to give me time to get on and work but mainly because I was part of what they were going to get away from. Which I don't blame them for, I really don't, and I did use the time. I say use the time. I went on GetDare and cross-dressed and wanked at pron.

In the same time a colleague (Harry) got a job interview and pulled out after being woo-ed a little by everyone from the Head down to stay - including being offered and accepting less hours at a slightly inflated rate than pro-rata. A friend managed to write a decent chunk of a book, as did Tilly, and the friend got rated as not being cliched, which is no mean feat (and totally deserved by the way). I got blanked by my classes as they left for exams (again, nothing new here) whilst Alice got feted (and with good reason by the bye) as did Stanislav and, predictably, Harry. They were all badgered to attend the Sixth Form Ball - no one asked me.

I'm less good now than I was last year, itself on a par with the year before and so on. Past-Me looks at me now with despair and fear. I look back with ill-disguised contempt at what I have become and forlornly peer about, wondering how long I can keep this whole charade going. I'm fat (closing on 11st 7oz and with a pot belly that causes most things to jut out alarmingly), lazy, lonely and a shit father and useless teacher. Not even in the sexually deviant sense I'm a fucking useless twat.

Posted by Joanna Cole at 1:13 pm No comments: