Today, as it becomes clearer that I am drowning, Tilly suggested that I look into spending a couple of weeks away from home to catch up with work and get back on an even keel. It's tempting but financially impossible at present.

On Thursday, unbeknownst to Tilly, I went in and confessed the fact that I was drowning to a manager I trust. It is getting ridiculous. I can barely gasp for breath at the moment. I don't help, of course, in the fact that the more stressed and under pressure I get the more down-time and rest I need. Being sick this last weekend and having the family all sick has really taken it out of me. I have not had any time to work before 8 or 9pm since the snow-days. Staying at work doesn't help as people tend to use me as a sounding board. I am now telling my children that I can't play with them as I need to work on an almost daily basis.


If I could find a reliable and painless method then I suspect I would indulge in the most selfish of all acts - suicide. Selfish because it solves nothing except for me, as I would be removed from the equation. Everyone else would suffer a bit, and possibly a lot, because I do the earning and the paying of the bills. My children would be very very broken by it because they use me as a support. My colleagues would be hugely hit because they would, in the short term, have to shoulder a lot more work and effort and, in the long term, deal with my replacement.

But, as Harry pointed out a few weeks ago, suicide would sort things out for me. And I would no longer care about the consequences.

I won't, of course. I am too logical, too driven by duty and addicted to being a martyr. I also have a healthy fear of pain and mistakes. Time is a great giver of opportunities to fix mistakes or at least let them dull into insignificance. Ergo, the longer I am alive the more chance I have of outrunning the stupidity I inflict daily. It may not be logically coherent, my ASD tells me it works. As a consequence, I shan't be ending things any time soon.

Last week was a bit of a bugger. Sent home at 4pm sharp from work without warning due to a forecast of snow and a lack of site staff meant that I did not wrap things up as I would have liked, I arrived home with little that needed to be done. Then, on Thursday, school was closed due to blizzard conditions. I did manage to get some marking. However, on returning home I was on child-care until 8.20pm, where I got some time to set work for the following day, as school had been cancelled again and work needed to be set (I doubt any of it will be done, but this is electronic and more about checking up on staff). That took until 10pm, then I went to bed. Having a cold and having had a beer meant that I woke late the following day and from 7am, when I woke, to 9pm I was on childcare and household duty, doing odd-jobs and looking after one child or another. The family had no plans, you see, so I was being used to keep things going. I got some shopping done.

On Saturday I finally got some work done in the afternoon, I got two hours to work, whilst being chatted to by Tilly with an attendant third child, and then was given from 9pm to work again. I managed to get some reports done and finished them in the late evening. Today I actually got up slightly early, 7am again, and got some marking done whilst watching the Boy for about two hours. I have managed two tasks (reports and marking a set of work) that I could have got done amongst my normal duties at work.

Basically, I got more childcare.

Tonight I have attempted more of the book, but I have foundered. I have not managed to set up, let alone keep, a compliments diary nor have I managed to list examples of me showing my personal qualities. Where would I have the time to do these things? Certainly not over the last few days. Tilly has a problem with me doing anything that she perceives as being 'less important' - so watching a video whilst eating is right out as that is irrelevant ("I don't know how anyone could do that if there were other people in the room" and "I feel as though I'm interrupting when I speak to you, and that you just want to tell me to leave you alone" and "I wouldn't do that myself" - you see, I'm the one with ASD). Equally, when working, she will inevitably ask me to look after our littlest or set up cooking for the evening or go on an errand for a bit or even just have a chat.

It's that thing from back in 2011+ - if I ask for an hour I'll get about 45 minutes, if she asks for an hour she'll take about two. I even timed it back then. I haven't bothered this time around.

Oh, and doing the pots in the morning means there's a markedly lower quality of cleaning done, apparently. I say apparently, I'm sure that's true. I take longer of an evening over it and tend to be in a hurry in a morning.

The book also requires me to discuss some aspects with someone else. However, Tilly has made it clear that she lacks the emotional space and the time to do anything like that - this is my duty and my issue, she's giving me time and space - and there isn't really anyone else. I lack the financial wherewithal to spend £60 an hour getting a professional to talk through it with me, nor can I really spare the two or three hours needed to get an hour appointment in a week. Everyone at work is busy and friends are a tad far flung. And there's a trip.

Suffice to say, I dropped the ball on this bloody trip, as I always do when entrusted with the organisation of trips, and I hate planning trips. It'll run, just, with all the usual panic and chaos and confusion that cause me headaches whilst people do as little as possible within the framework I set. And then it will be over. For another year. Sooner or later I'm going to fall off the bloody tightrope and get bollocked, or there will be another parental complaint, or a student will complain, or there will be an actual lapse of something important. Failing that the shitty organisation that I do will result in poor results in the summer. The other shoe will drop, I'm just waiting for when and how. 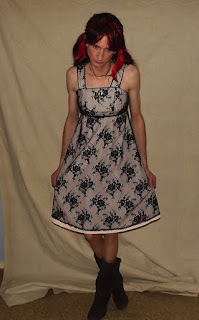 Posted by Joanna Cole at 2:51 pm No comments: