In the mists of time, before the now, I used to try my hand writing fiction. However, so much of what I tried to write was like, to quote people who read it, "reading a headache" so dense was the prose and so involved the thought. Not to mention the convoluted sentences. In that phrase that I suspect I shall be repeating enough for it to be my epitaph: "now we know why". Reading the work of people who can write (as opposed to just reading books by published authors) shows that there is a command of the art that stems from characters rather than plot, from knowing these people and making these characters relate-able.

I had characters, I used to have large numbers of them residing in my head and telling me how to write them. They were people, they had emotions and they functioned in the world but one of the biggest criticisms of my work was the lack of character. I always reasoned that I preferred to write plot but I did a tad despondent about being unable to crack what it was about my characters that people seemed to think was missing in my writing. So it was that I took another look at this fine piece of niche erotica on a whim, to try and confirm something that has been nagging at me since I found out for certain that I am ASD. Sure enough, it confirmed my analysis over the last few months: here we have a writer well in command of their craft. They take a subject, in this case a blind woman, and capture something of what it is to be a blind woman in the word choice - look at the descriptions of colour and style - and they do so in a way that I would wager that blind people would recognise. The emotion is felt, it radiates from the prose so that it can be seen rather than read an inwardly digested. No prizes for guessing that I am a visual thinker.

Compare to the writing on my other blog or even further back on this one and you will see something. My characters are flat in affectation, they are driven by internal monologue, feeling, touch and a sense of logic. They are not real people. They are uncanny valley people - close enough to humans to lose the cute factor but not close enough to elicit sympathy and understanding. They are, like most characters conjured forth by writers, aspects of their creator separated only by degrees of research and understanding of others.

As an empath, I understand emotion. I know how it can be displayed and I can describe in detail the kind of body language that takes most people by surprise, but this is a laborious process and leads to the density of prose to make it more like reading a headache. What I cannot do is empathy. I cannot predict how emotions are connected nor how best to respond, so it is with my characters who feel without knowing exactly why or where it will go next. Hence the navel gazing and the monologuing as they look inward and try to ascertain what they are doing. The kind of useless inward analysis that I spend my life doing as I had always assumed that other people did as well. Now we know why.

When an idea strikes, like utilising this dice dare on faproulette and augmenting it with one of the earliest fantasies on this blog here to turn it into some sort of short fiction, I get excited and start planning in my head. But I do not write it. I cannot write it. I lack the ability to communicate what it is about the situation and the characters that make them so real in my own mind. That I cannot bring forth in my words or my prose. I can't even do that in real life with my own emotions and real-ness, so being unable to do it in fiction with not-real characters is unsurprising. It's why the coping strategy had to die, it no longer serves the purpose of coping, it is yet another source of alienation and distance.

Solace can be taken in beer. It often is.


The chinchilla's teeth are too long. It could be fatal. Again. Cue Tilly getting emotional and crying a bit. My daughter, broken and bruised by misunderstandings and distant from inattention from me, barely able to cope with the thought that there might be something wrong with our beloved pet. Of course, I find myself dispassionately weighing the options and, like last time, coming to the conclusion that it may even be better if his life were snuffed out - humanely and professionally - and that makes me something of a monster.

I haven't worn boxers, except for twice, since Christmas. It has been nice. The boxers I wore yesterday were crap compared to my now normal underwear and, frankly, I see no reason not to wear knickers all the time. Not even the apparent correlation between boxers and attention from Tilly. It's almost impossible to imagine us resuming carnal relations and, to be honest, I can't actually imagine me getting what I need from sex with anyone else. I think my porn addiction, and it is kind of that, has finally robbed me of the ability to physically react to other human beings in an immediate sense. Eventually, Tilly will have the emotional energy and eventually I shall convince her to find what I cannot provide with someone who can. There is every reason to expect that she will stay in the house and will hang around - companionship will be maintained - but it is time for me to prepare to give up hope for anything more for myself. 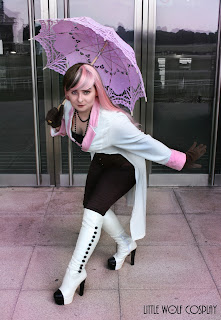