What's in a Name?

Noticed a few people talking breasts recently. My good teaching friend who writes was also asked on a writing platform about their use of an opposite gender handle and I was struck by the answer given. Now, obviously, as I too use an opposite gender online identifier this was of interest.

I'm getting fat. Pregnant stick insect style, but still fat. So fat that I appear to have developed breasts a bit. I mean, not mammaries, just fleshy bits around the nipples. I noticed this most of all the other day whilst in the bath and leaning forward because these flabby fleshy bits jiggled. They jiggled. And that was... odd. Different. So, breasts, right? Also, and this is perhaps over-sharing, the nipples have been steadily getting more sensitive, I'm putting this down to being fatter and the weather going colder, but it has been a little uncomfortable lately as my shirts rubbing on the nipples has been... a bit rough? Almost pleasing, I guess, but entirely inappropriate for work and normal life. Of course, any bra is safely stowed out of the way and inaccessible. My examining hasn't paid out yet so it's not like I have spare cash to get another bra for funsies. I did buy in some beer though.

The response I read was honest and fascinating because it blocked out why it was done and did so in such a way that the person asking about it was not just mollified but actually impressed and respectful. Now, this is outside the bubble in which this blog operates, so it was remarkable in and of itself, but it was, of course, down to the way in which the response was written and handled. I lack that ability. I know I do. I read other people and I read the books that emulate it and it all sounds false, off, unreal. But others always respond positively, people gush about the way it is genuine and nice to see and such and I am usually left cold. And it got me thinking about why it is that I rather like masquerading as a female online.

I've talked about it before, but it continues to develop.

Part of it, I know, is just comfort. I am much more comfortable using Joanna online and using this space to be more myself. I feel that, if anything, I am more honest (if also more obtuse) here than I am in real life. And I am happy to lay that ability at the door of being able to identify with female pronouns and a female name. I like it. I do. I can't imagine it being used in face-to-face contact (but I'm not averse to trying it) and, as I have explained before, I am under no illusions that I can pass (I can't). I mean, I have a beard that I don't shave and when I shared the only photo of my face that I like (I was wearing a lovely pink number) it was pointed out that people hoped I would not be going out in public like that. So, I have no illusions, you know? I'm one of those people that cannot imagine the effort it would take to be able to pass and so I don't try.

Instead, I sit online and hide behind the name 'Joanna'. Because, you know, it's more my name than the one I got when I was born. 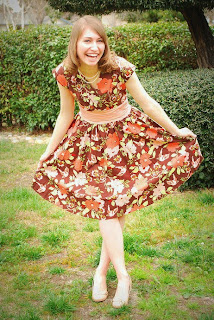 Long ago, when I thought I could write fiction well, a friend challenged me to write a short story. I liked writing short stories as I believed that I could actually put into short form complex ideas, a misconception that took a long time to unpick and unravel, and I was arrogant enough to believe that I could do this with pretty much any inspiration. I was, however, beginning to realise just how unoriginal I was and how few workable ideas I had surrounding plot, hence the accepting of random writing challenges from friends. In this case I was challenged to write a story with the title of Unusual Library Efficiency. The story that flowed from this rather awful title was a bit shit. I set it in a legal firm, because if you have write what you know I knew next to nothing about legal firms. Or lawyers. Or case libraries. Or, indeed, anything to do with the legal profession. Obviously a legal firm then.

In this office there was a library and our protagonist, never named, found that whenever he stepped through the doors he was transported to wherever he was thinking about at the time. Being a man of little imagination and even less of a curious nature (not deliberately) he never went too far from his office, meaning he was never late to work and this aspect was never noticed by his secretary. Who was, of course, older and female. And motherly. Cliches. Anyway, yes, she could enter and exit the library at will. I think, in my head, it was a small cupboard room with case files on it. Because this was around the end of the 1990s and there were no mobile phones or computers or the internet in my stories yet despite the fact that I was using all of these things at University. It was around this time that I heard people positing that these advances closed off standard lines of plot in stories and novels (and they do) and how they were thus avoided or ignored. Of course I just ignored them because short stories and arrogance.

The upshot of the story, after a tortuous 4,000 words of intensely written densely packed verbiage was that the protagonist stepped through the library doors whilst considering the nature of the doors themselves. It ended with his replacement being shown into the office in much the same way as the story had opened with the protagonist being shown the office, with the obvious hanging question. Or, at least, I thought it was obvious. And clever. And cyclical. It was, of course, mostly shite.

Anyway, the concept returned to me today on the drive home from work. Coffee-fueled and impacted by a long day with various stuff to deal with. Alice dealing with a second pregnancy, running a game across two classes with my ex-newb (whose pseudonym I have apparently forgotten) - which worked but embodies all that I hate when teaching. One has to leave the groups to get on an do, with minimal input beyond policing and guidance, across two rooms and with the onus placed very much on their imagination and enthusiasm. It makes for a loud environment, much jostling and activity. Cutting leads to rubbish and waste paper everywhere, chaos reigns with pencil-crayons, instructions, confusion, some milling and no ability to properly filter in and out of conversations. I'm used to being able to jumps between... Hold on, one thing at once.

This concept. What if it were a University library room and linked to historical periods and inhabiting someone from that time for a, uh, time? What if it gender-flipped? Of course it gender-flips. A lot of research though, a lot. It whiled away a bit of the drive and a walk out to the shops this evening though, diverting enough to ameliorate the coffee a bit and play into the playing of Wardruna in my brain. In short, like a lot of what I think about, it masked the real world and the very pressing concerns of my actual reality for a short time in pointless ever-decreasing circles of headache-inducing tightness. A chorus of pointless shenanigans. 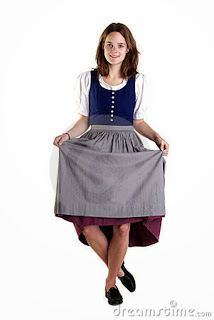