Over the weekend I took on yet more responsibility in my mad dash to gain money to pay bills. This year I have been flattered by being asked to manage others in my annual sojourn into the stressed world of extra marking for money and it seemed to go rather well. I mean, I am stressing about having taken too much on. Two rounds plus a third now where I manage others, all in this pressured part of the year with a newbie small child, what am I thinking?

I am thinking that two nights in London gave me an opportunity to pack my chemise and a pair of briefs and sleep in them, alone, for two nights. Nothing raunchy, nothing seedy, just me in a chemise for two nights alone. And it was beautiful. Truly. I felt so at ease and got up at early hours, I walked the streets of London looking at interesting architecture until well in the evening. I stopped off at pubs and tried some over-priced shitty beer and just enjoyed the freedom of being me for a while. Two or three hours on each night as it happens. And I got paid to be there.

I successfully led a meeting, which was nice, and even got some people saying nice things. Like Tilly has said before I am awesome in small doses but pretty crap in longer ones. I managed to get down to London, book a hotel, and get back without making any dating errors or errors of payment that meant I ran out of money or racked up huge debts. I managed to get the shopping done on my return and spend a day passing people following the meeting (suffice to say that each person took just shy of an hour and I had a team of seven). I have taken on more at work because my new member of staff struggles with new things and is planning a holiday.

I am a crap manager because I try to support too readily. I am not good at getting people to stand on their own two feet and support me, I tend to be the one that does the supporting. I am that kind of idiot.

I am home again now, I have been since Saturday evening, and there is no more sleeping in my chemise, it is hidden once more in the wardrobe, and there are no more happy early mornings. I struggle to arouse from slumber, stumble through making lunches and washing the pots and sorting out the pet and try to ensure the dining room is fit for humans after my marking spreads paper about. I go into work and teach nearly full days and fail to get the marking I need to do there done in the time I would like to get it done, not aided by taking on six teaching hours from my colleagues to try and deliver coursework lessons with little or no quid pro quo. I'd ask my newb, let's call them Silver, to do some marking in return but for the fact that their examination marking is crap and takes forever so I can't really rely on them to do it.

Still, I managed to get reports done and I am managing people over a computer sort of and in real life and no one has yet died. Three more weeks of this shit and then I am stopping dead I think. 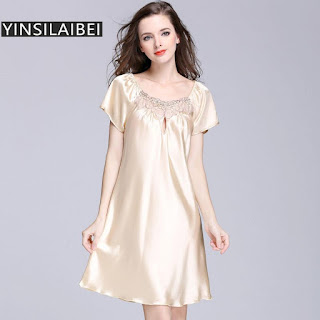 Posted by Joanna Cole at 2:08 pm No comments: