On 27 March my third child was born. Tilly was in two operations afterward for minor, but still pretty powerful, stuff and then was in recovery until the Friday that week. I took a second week off from work to support as best I could and, since then, have been primary caregiver for my elder two children. We now have the Girlie, the Boy and Stalin. And, if you know me, you know that Stalin is an affectionate nickname. Tonight I am finally toasting my new arrival with a bottle of Billionaire from Wild Beer Co which is a stout that I have become rather fond of. It's an Imperial too, at 10% ABV, and it tastes like drinking Belgian chocolate topped Millionaire's shortbread. 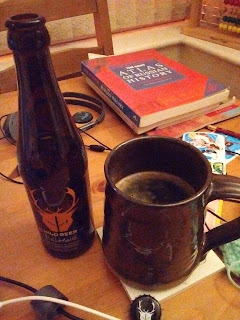 I wish that I had more detail for you but thems the breaks. It's been busy since, but not necessarily in a bad way. I note, with interest, that the ASD people in the family were mostly fine and directed and that problems do return when we have a NT person back in the mix, but that's a story for another time.

In the meantime I am plagued with strange dreams about work, again, but not my work, if you see what I mean. These sometimes end up surreal, like the walking between classes on high wires or the one where I wasn't prepared for teaching at all and in on my day off or something. And the sometimes veer into the erotic, with the one that included some scenario about being in chastity for some reason or other. Basically, they're all completely odd and probably due to being woken every now and again at night because that's what happens with a newborn with whom I am occasionally called to change nappies.

Even so, this is the first time we have a birth on my blog and so there's that. A third child. A boy child, so far as we know, as the world slowly descends into actual chaos. 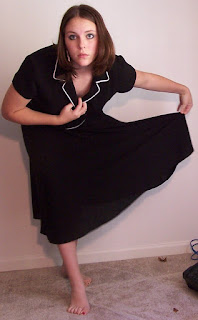