Porsche with no brakes

I managed to mark last night, which was nice. I managed to function today too, which was similarly nice. It should be clear by now that I am not operating under any great adversity, nothing like 2011 when this blog was begun, and that my travails are really only travails because I am a bit rubbish at dealing with them. Part of that is AS but the vast part of it is my innate and abiding laziness and perspective about what life is actually about and what one can expect from it. Sod millennials, I am your entitled majority.

I made a student cry with a timed exam today and another complained that it was unfair to tackle it a day after discussing the technique required and at the end of a course covering the stuff needed as more time revising would be necessary. I also got a passive aggressive e-mail from another student claiming that if I had given them time to explain they would have said about the e-mail with work being sent being sent on time (to a made up e-mail account, how were they to know it wasn't my school address?) except that they did explain this in the lesson in question and I pointed out then (and again in my reply) that the e-mail address was made up (it ended with a .isl code, which isn't even a real thing) and thus it mattered not when it was sent because I would never receive it! Another student, taken to task for playing tag by running about like an eejit indoors, responded with a sarcastic "what you think lunchtimes are for?" - they were not prepared for me to shout it was for eating lunch and that they were at big boy school now where people ate lunch rather than ran around in prohibited areas playing tag. Age patriarchy. I am both its bitch and enforcer.

All that and this morning's dream was a confused melange of the current plot in Misfile and being shorter. I used to know a colleague who was female and 4'11". What if I were a female that size? Would I wear heels and what difference would that make with students anyway? Would I have long or short hair? Bangs or tied back? If heels, what height and why? Where would one buys suits and how irritating would it be to access high cupboards and basic kitchens? I got to thinking about it and came to the conclusion that if I were shorter I would wish to be taller, if I were female I would wish to be male and generally I would remain dissatisfied with pretty much every part of me physically and mentally much as I am now - these are fundamental aspects of being me and not so much culturally or socially conditioned as they were me. A clear advantage of AS is that I am less susceptible to social conditioning and socialisation because my thoughts are not the thoughts of most of society. I am an outsider less by choice and more by dint of the fact that I don't take things for granted in the same way. I still take things for granted, but different things and for different reasons.

How much of my own openness about TG and trans issues stems not from my identification with them or my own confusion over my gender but rather from my observation of the way human beings work. I have spent all of my life studying humans in a way that few other humans have to or want to, and I have discovered that this has provided me with insights that few others share and ways of studying that allow me to peek beneath the veil in what other people see as unexpected ways. Such as noticing how people write at speed (or don't) and spotting emotions they thought hidden whilst at the same time being utterly unable to interpret the welter of verbal and non-verbal cues that people use to ground everyday speech. In short, I don't 'get' the social construction of most gender identities and expectations in the same way that most humans see them as immutable (and they are different for different groups of humans).

Just observations tonight, nothing special. No beer now until after the birth in case I need to drive Tilly to the hospital. Bugger. 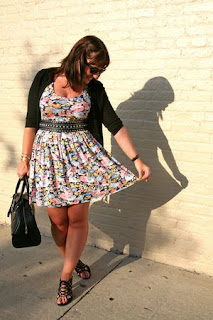