After the soul-searching of the last entry, Tilly decided that she would "stop being angry at me" and accept that I was unlikely to change because I am Aspergic. Furthermore, she has decided to stop hoping for all the things that neuro-typical people offer. This has accompanied a change in our relationship to a more positive physical note. I'm not complaining.

Yesterday I was off examining, so I need to get on with that now and will post here even less than of late. But I was welcomed home. I even got presents that were appreciated for a change. There was a lovely brewdog beer shop there too, it was London, but I eschewed buying ale on the grounds that it was a bit expensive. Rare, but over-priced even for that, though I am now ruing the fact that I didn't get some Sink the Bismarck in - it's an ale that has 41% ABV, making it the strongest ale in the world and beating a German brewery who brewed a 40% ABV ale (hence the name).

That's not the point. The point is that things have improved. And that this state of affairs is not down to anything I have done or not done. Like most things, it is out of my control. 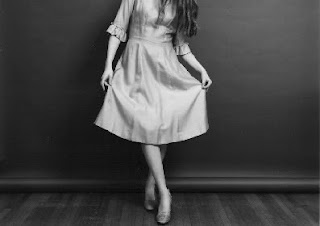 First things first: I bought a new dress. It was a whole English pound and it looked good. As you'd expect for something that cheap it is far from flattering, trying it on makes me look less good than normal in a dress and that is saying something. Still, it's new and it was very cheap, part of me is made happy by the fact that I bought it and the fact that I got it home without any awkward questions. Yay? Interestingly, several people commented positively when I was in the shop that I must be spoiling my lady and that I deserved a reward. Ah, if only they knew.

I also seem to have surfaced a little bit from the deep dark hole I've been in since sometime around last summer. I'm not totally out, of course, but I am actually doing things again. I did some work recently and I even planned ahead. Two mornings in a row now I have woken and risen from bed with my alarm and got into work at approaching the time I would like. Still a bit later, but closer than I have been since Christmas. I've even made three new lessons. I made some new lessons! I like making lessons, it is fun, and I haven't really done it properly in ages, so that was nice.

Ale has been drunk and reviewed, again, and that is nice too. I feel like I have a hobby again. It may close to addictive behaviour, maybe, but I suspect it's harmless for the moment, provided I don't go mad. I've even stopped eating so much junk so that my flab has stopped exponentially increasing. I mean, it isn't in retreat yet, but it has at least stopped expanding. Also, I read this comic, worth a look.

A while ago now, it seems, I was taken to task, rightly so, on my apparent relationship with Tilly. I had much to mull over. What follows after the line-break, then, is the result of that mulling.