What happens? Tilly is off on an adventure with the World Service (yes, that one, the BBC one) on Monday and I'm ferrying the children to some friends for a day. I have marked enough stuff to feel loosely on top of things at work and received enough support regarding Monday to make me feel supported. That's not fair. I work with some fantastic people and they were all very lovely from Thursday onwards when this all started to blow up.

Also, two very dear people commented on my last post with uplifting support and that can't be ignored. I might also have bought a few ales and had one last night. I have also been out to my local this evening to have a half and partake of some free cheese and biscuits. All rather civilised and a welcome reminder of the British pub culture that sometimes gets lost in translation. However, it did lead to a couple of ruminations.

There's an old church hall, ex-carpet warehouse, up for sale. I got to musing, as I am wont, on how this could be turned into a green hub. Maybe have solar panels and windmills either end, with some rapid chargers (say three for now) down one side with parking. Glass windows on one side, a loft with beds that can be lowered, a coffee machine, some soda fountains and seats with maps and guides for the surrounding town. Use a car or two to store solar power when it's not being used and wind power - but have lights and stuff so that the hall can be used as a homeless shelter at night. The car could be an electric taxi during the day, maybe have a bus for shuttle runs when the railway station opens in the next five years or so, and you have a hub. Nothing special, but it could be really helpful in making an old building work again and maybe even increasing traffic to the town centre over time. It would certainly support some local enterprises and may even get partnership.

Secondly, the realisation that I was very alone at my local. Lovely place, lovely ambiance, free food and decent ale. But I was alone. Very alone. I have no friends in the local area. I have not had 'local friends' - that is, people near where I live that I can meet up with or just talk to face-to-face, since University. I have lots of friends online, but few I can talk to. I have work friends (something of a surprise) but they all live elsewhere. I even have some actual friends in the area but none who could join me at my local for an evening. With Tilly's authorial conquests growing and her work increasing and her responsibilities increasing - we might manage a few evenings off a year but our children are, as yet, too young for us to just pop out. And we haven't enough local support to rely on baby-sitting. And then there's this other thing.

Tilly is still determined to have a third child. I am still determined not to. We have to decide who loses, there can be no compromise. Either way, the fall-out will preclude any 'going out' for the next four or five years at least., It will prevent any 'off the cuff' evenings out for sixteen or so. We're looking at being 60 before we get chance to have evenings regardless. It will be until I'm 70 that we're paying a mortgage so... I guess I work until then? Certainly Tilly will be working a lot until the potential third child and if we have it she will stop but if we don't, she will likely continue. In short, I am likely to remain alone in my evenings if I go out. Whilst Tilly has some local; friends who choose the local area to meet up in, so no driving etc, my friends are likely to choose other places to meet up - I shall have to drive or use a bus - either way meaning that drinking has to be carefully planned and ambiance will always be a bit broken.

Despite a nice evening, despite having a nice half of a decent stout, despite the happiness for Tilly at her triumph and the loveliness of many people - this has been a tad sobering. 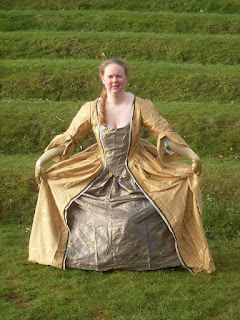