It looks like most of the people I know in the Real World are experiencing Depression (with a capital), Anxiety and assorted mental issues at present. There's a colleague at work unexpectedly going through a divorce that is getting messy regarding custody that is manifesting in severe and chronic depression. Another colleague, who is already divorced, has realised that this is the case (if that makes sense) and is struggling to cope with the onset of anxiety and depression that the realisation has brought about. Still another is struggling with the stress of having so much work on and being a parent to the point where they are physically ill. One friend of mine has been signed off work with severe Anxiety, with plenty of trigger causes, and another has been signed off with a combination of this and other issues (I don't know specifics, but I'm sure I can guess). Another is stressed over work-related incidents and, though not signed off (being self-employed), is struggling to balance this and parenting. Still another is undergoing a bout of severe depression connected to the status of a loved one (who may also be undergoing severe depression). At the same time many of my friends and colleagues seem to know someone in desperate need of support.


Across the internet, it seems, plenty of people are struggling with huge issues, genuine illness and terrible responses to some pretty terrible situations. As ever this brings in the compare and despair response. These people are genuinely suffering - they are struggling as best they can through some pretty awful terrain and getting by. Just. And that tide is huge. I have long known that depression and most of these issues are magnified and more common in developed nations, that I have been blessed in knowing so few people who have struggled through this regularly (and, indeed, my friends have long been blessed by not having to deal with it) but it seems as though, all of a sudden, pretty much everyone I know is suffering at the same time. That it coincides with my own feelings is interesting to me in that it suggests that there may be some pattern in the confluence. Of course, that's just being human - autism is a facet of being human and that is attempting to find and create routine and pattern where there is none - in the world. And so it could simply be that I'm reading too much into it.

As ever, I find myself wanting. That is, others have cast-iron reasons for their issues and anxieties and concerns. They are struggling and suffering. In the meantime I'm pissing and moaning about nothing and finding things difficult because I'm lazy and for no other genuine reason.

In preparing for a new course I have been reading about emotion work and I happened across an interesting document shared on G+ about how it has become gendered, how it is gendered and how it can be seen and interpreted by people of both genders. It talks of socialisation and how males, in particular, are excluded from the burden of emotion work both to the detriment of themselves, being infantilised, and their often female partners. This is not unexpected but it was chilling in that I recognised myself in much of the behaviour being cited from males. I recognised myself as a male.

And, given what I've previously said about me and masculinity, I found that unsettling and challenging. I do not like that image of myself.

Tonight I was directed by a friend, one who suffers clinical depression, to an article about masculinity. You can read it here. Now, I'm no nerd, and I'm rather unclear (despite appearances) about what genderqueer may mean. Let me briefly explain this confusion and lack clarity: all the definitions I have read have resonated to some degree or other but they have been rare and unique - that is, I consider the people to have plumbed those depths to be trailblazers and clever. It's a bit like me now having an electric car - up until now I have looked up to people who drive and use electric cars as they are saving the planet (a bit, more than me in my diesel at any rate). I have seen them as examples to live up to, sages to be listened to. Well, that hasn't changed, but now I have an electric car. And I am no sage. I'm not very good at being an example. I get worried when people drive up behind me and I'm aiming for a smooth acceleration so I slow them down. I am an example. It's the same reason I don't shout my Christianity from the rooftops: I am afraid I would tarnish Christianity. In much the same way, I am unclear about what it is to be genderqueer.

Back to the article. I have created my own Box, some of the edges and the sides of which I am aware and some I am not. the contents of my Box are often hidden, lurking in dark corners, and I tend to use it as the gutter I'm in when I'm looking at the stars (with apologies for Oscar Wilde) so I rarely look around at what is in there with me. Obviously I read the article in light of the document on emotional labour and the conjugal roles I have been looking at to teach about. In short, I may not be a Man but I may well be a man. And both of those definitions are anathema to me.

And that's all I have for now. 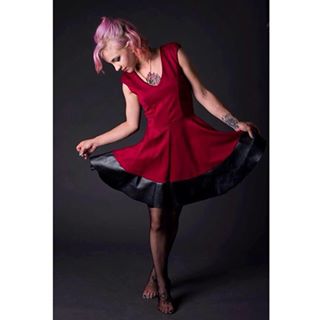