On the way home tonight I was listening to the radio, because my hand is still comically swollen I was driving slowly and too involved to hit the CD button, and I heard the story that a Deputy Head in a Primary School in the UK has killed himself. After Police visited him three months ago regarding the possible receipt of child pornography it appears that this man attempted to destroy some 1,000 photographs of boys in changing rooms at the school and other places, of which 500 were said to be 'indecent', and failed. Then he killed himself. And it got me thinking. First and foremost, as the climate is what it is, can I state that I am not in favour of paedophilia (though question the definition at least) and have no personal interest, sexual or otherwise, in minors. In my job I am expected to care for them, but that's a job. Also, my children, they are young and I have absolutely no sexual interest in them. Like, at all.

And that's the thing. In the morning, on the same radio channel, there was a thought for the day talking about the right to a private, secret life. An MP had been forced to resign after sharing images with what he thought was a willing woman on facebook but who turned out to be a male investigative reporter. Now, let's be honest, women online receive huge amounts of unsolicited mail from males. I know this as my alter-ego joined a dating site (ish) to connect with someone she met on G+ and exchange views. Since that time, with a neutral image, Joanna has been hit by about twelve potential suitors who all seem to be following a script. That I refuse to pay any subscription and don't pay much attention to the site beyond connecting with my author friend means that I haven't received much attention generally, but the overall nature of what has happened has been... well, I understand why women can get uptight about blokes being a bit rubbish and rude.

Then there's the fact that I actually do have a secret, private life. Online. Here and on Google+ and on Milovana and on GetDare I am known as Joanna Atkins. In some areas of this online life I am treated and known as a female and in others I am known as a male with a female moniker. On Google+ I have seen, firsthand, how being assumed to be female is to assumed stupid, submissive and ill-informed. Opinions are smacked down, facts are ignored and pats on the head are dispensed when faced with actual evidence. So, my point, the MP was likely far from blameless, he himself has at least blamed no one but himself, but his case highlights something interesting. As did the female doing the thought for the day about it.

I believe that it pertains to the paedophilia of the man who committed suicide too. At one point do behaviours considered deviant by the majority become a crime. I'm fairly sure that paedophilia acted upon is a dangerous place to be and I really, really, have no idea what to do about it. Criminalising it seems very safe and secure, almost a moral prerogative and necessary but that clearly doesn't entirely work. I must bear in mind that cross-dressing is seen, in many cases, as morally wrong and dangerous too, open to abuse and deviant from the norms enough to cause disgust. How much was the dead man allowed to have a private life? It's all very well saying "if it harms no one it can be done" but any student of Politics knows that this is a ridiculous and impossible statement. Every action taken, if significant, will harm someone somewhere. One cannot draw the necessary line with 'common sense' and one must make some arbitrary judgements.

If it were to pass that cross-dressing or gender-fluidity were to be seen as harmful to minors then one could reasonably state that those who take part in such activities ought not to be in positions in loco parentis with children. Except that I am. So, where does my right to a private, secret life end and where is the line? I am, in many ways, more at risk than the MP, whose almost-affair is deeply embarrassing and likely to be part of a wider and obviously known behaviour - he may lose his family, may lose his job but will still find other work easily enough., In the goldfish bowl of modern politics there are benefits regardless of the scandal picked up in the meantime as everyone recognises the stresses and the difficulties of being clean or whiter than white. I am, in many ways, less at risk than the dead man who engaged in paedophilic photography as that is, well, kind of against the law and seen almost universally as morally repugnant. But, in trying to compassionate, one must ask why the man did what he did and we can't ask him as he's dead.

How safe am I? How safe are we? 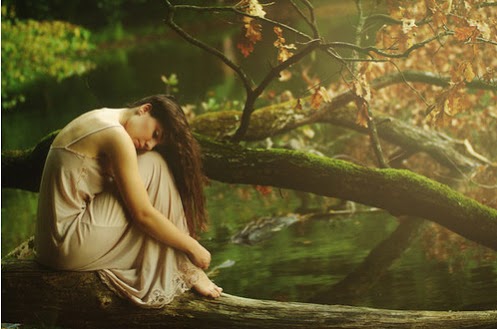