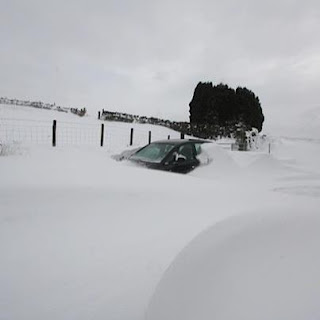 Snow drifts. They are currently everywhere around where I live and they are huge and they are shifting. Monday they had to shut roads on my way into work but it hasn't snowed here since Saturday. By the evening roads were cleared again. This morning, the drifts were back, having cut off half roads and expanded in odd places. It was... very strange. On the way home, drifts have cut off some roads again. It hasn't snowed since Saturday! I think I quite like snow drifts, they are carved by the wind into quite wonderful shapes and patterns. Were it not for work I would stand and watch them as they shift and sparkle. Lovely, deadly and all round fantastic. A touch of the unobtainable, a touch of danger, and a touch of something beyond this world. I have never seen snow drifts before, so this is all new to me.

Secondly, poems. I have been thinking about that first draft I posted last night ever since I got interrupted by a waking Boy, so here is draft two: 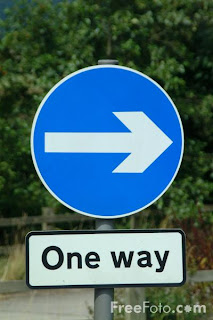 
Wear a dress? Of course,
Because he will grow out of it.
Cross-dressing a childhood phase:
Choices unmade so unembraced;
Love unbidden ungiven. 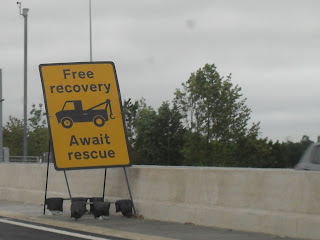 Path less travelled, fork in the road
But not in bed nor spoons.
Backs turned, knives out.
Think! Don't drink and drive.
Slow! Reduced visibility.

Crusts make your hair go curly;
Transition: a verb knows no nouns:
Sugar and spice but nothing nice.
Access only, no waiting.
High winds. Reduce speed.

Reflection in one direction.
Acts of blissful catharsis,
Bring all down to this.
Love is a verb.
One way only.