Last night I drank some beer, Greene King IPA again, and hung out on Google+ as has become my habit. Tilly was watching the first season of America's Next Top Model on DVD that she got for Christmas in an effort to research her novel (no, really) and gain the gumption to write something. We got takeout because Tilly is still feeling ill and grotty from the cold she picked up from the children. I attempted conversation but, if I'm honest, I was shattered and talking about ANTM wasn't really floating my boat. We held various mini-conversations but mainly we retreated to our respective laptops across the divide of a debris strewn living room - the remnants of a war that has never been fought and has never had a pitched battle.

Whilst this was going on I was, of course, selfishly indulging in Joanna-time on Google+ - posting articles on Feminism and various other things. I posted last night about feeling part of a movement and using something I read to try and get me some of that warm fuzzy feeling about helping other people. Anyway, up pops a chat window with someone who had previously commented on a post. He, for twas, had a habit of referring to me as "Ms. Joanna" which I confess I enjoy. We get talking. Now, obviously as I lie on the internet, he thinks I am a married woman. I initially stay vague, avoiding compounding the lie on the profile that claims I am female, but because I am a lightweight and because I am me I eventually decide to go the whole hog. Tilly is now my husband.

For whatever reason I start opening up to this hapless fellow, though he seems to encourage it, and I skirt (ha) around the reason for the distance twixt Tilly and I, chalking it up instead to bondage rather than cross-dressing. I am disturbed by my own behaviour on this one because I happily shared these aspects of my relationship with Tilly, of these failings in my marriage, with a total stranger. I did that thing that I do where I am scrupulously honest over the wrong things. If I wanted to be honest and have a good conversation I would have come out as male, explained the situation with Joanna time. But I did not. I played that lie and was, instead, semi-honest by assigning Tilly's behaviour to a man to whom I was now married. All other aspects of my life, the things I should perhaps have been more circumspect with, remained true. 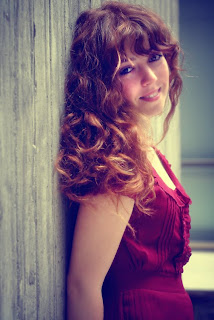 And I knew I was doing it but did it anyway.

It was cathartic. It was... not what I expected. Was this man flirting with me? Was he just having a conversation with someone who he happened to think was female or was he trying to flirt with what he assumed was a straight female? What was I doing? It's the sort of conversation I've had again and again with people that I barely know - with colleagues and people that I knew at University; with girlfriends and close friends and people I just met. I am open, about some things, and deliberately vague on others. So that one issue becomes a focus and the context is lost - thereby eliminating meaning from the conversation and reducing it to a series of encounters that have no relevance in the normal running of my life. A defence mechanism that nevertheless leaves me entirely open to hurt and exploitation. Is this what flirting is? Did I flirt with a straight man as Joanna? What does that mean? Would it be a bad thing?

Is it cheating on Tilly?

Long before we were married and Tilly still said she was bisexual we went to a party at one of her friends. On the way back, Tilly being very drunk, she worried aloud that her and I couldn't work well. I would not trust her, she claimed, because, as she was bi, how could I let her embrace another female or sit next to them on a sofa? I would assume that any interaction that she had with a female was a potential affair, that she would be cheating on me to kiss and embrace a female friend even if there was nothing sexual. I explained that I did not mind - Tilly would know whether an act constituted cheating and I trusted her judgement. If she felt it was not cheating then I would not project my understanding onto a situation that I was not party to, that is, if she said it was not cheating then it was not cheating and if she thought it was then it was. My own views were irrelevant in that analysis. I loved her. It was her judgement that mattered to me. She was right, I am not, nor was I, bi and therefore the way bisexuality worked was as much beyond my understanding as would be alien language. I had to rely on her judgement. I am none the wiser these days.

At the time Tilly did not really derive much comfort from my explanations and reassurances. But she was very drunk and being completely illogical. This was a theme. In the end I simply told her that I trusted her completely and conveyed her home, as she continued to mull it over and vacillate between blaming me for her moral quandary and collapsing into tears that she would never know the touch of a woman because she was bisexual and I would assume she didn't love me. The exact situation is largely irrelevant. My own brutal logic in the matter, and determination to convey her home (I had work the day after) should not be discounted - I am pretty certain that however much I believed I was being rational and helpful I was also being cold and unfeeling. We were both to blame for the bitterness that night.

So do I count what happened last night as cheating? If I do, then by my own logic, I cheated on Tilly. If I do not, then by my logic, I did not. But there is a caveat. I never said that she should apply the same test. In the final analysis, it really boils down to this, an act of bloody catharsis: would Tilly count it as cheating? If so... I have cheated on Tilly. With a man.


I am not blameless, whatever the final judgement; I did type the words: "I am a dirty girl". I suspect that alone would be enough to be 'flirty' were I, in fact, a woman. Instead, I am male and lightweight whose own scientific knowledge precludes the "but I was drunk" defence, because alcohol does fuck all to our impulses - the feeling that it does is what alters behaviour, not the alcohol. And I know so if my behaviour changes it is because I choose to let it which means that I am both culpable and responsible.