Yes, but is it fair?

We had friends up over the weekend.  They were mine.  Tim and Lisa.  Tim, Jerry and I were friends at school, they'd been mates since they were in infant school together (so from about five) whereas I got to know them very late on by comparison around the age of twelve.  We stayed as a group through to Sixth Form and then stayed in touch after we all went to University.  Tim was the first of us to marry and remains the only one without children.  Tilly and Lisa get on really well, and Lisa also happens to be the godparent for our daughter.

So it was that we spent most of the Friday evening making sure that the kitchen was presentable for company and most of the Saturday getting in food and basically hoovering the worst bits of the house so that they wouldn't be scandalised when stopping overnight.  They arrived slightly earlier than billed, meaning that we hadn't finished, but that didn't matter in the grand scheme of things.  We then took them out to the farm near where we live that our children enjoy going to and had some fun there before getting back, putting the childrens to bed and attempting an adult night.

So far so normal, right?

﻿
Not quite.  On the Friday I had insisted on having a beer, it had been one of those weeks and I hadn't managed to get this place up to date nor had I managed to get and catch up on the Haven.  I was in need of a beer.  Tilly joined me and had a bottle of Rosé at 12.5%.  All was well, we were watching a DVD of a sketch show, and then she got a bit embroiled in her online conversation.  So what?  She started increasingly talking over the DVD about online stuff or big stuff about the kids, I listened and responded properly until eventually it became abundantly clear that she wasn't interested in the show, so I turned it off.

This began a tirade of anger from Tilly.  Claiming that I'd called her drunk and loud (I had done nothing of the sort) and basically attacking me.  She then started crying.  Okay, I know she was drunk, but I wasn't really prepared for that.  Also, and without going into details, much of what she said pushed my buttons, my 'oh shit I'm crap' buttons.  This got me thinking a lot about the handcuffs I had in storage and wondering about liberating them for personal use - I can't claim to be logical either.

Saturday night was to be spent in our bed rather than the sofa so I liberated the handcuffs and stuffed them down the side of the mattress for transfer at some later point.  In the course of the evening the Boy got up and I put him to sleep twice.  The third time, about 11pm, I was unable to repeat the trick - him still being breastfed means there's a limit to what I can do as a male when push comes to shove.  Tilly was, by this point, a bottle and a half of wine, maybe two, into a session with Lisa, Tim wasn't drinking.  The interruptions to the evening for me meant that I wasn't really in a conversation, they were all talking turkey about child rearing, schooling and economics, so I had no real emotional investment in the dinner party.  I wanted to go to bed, the Boy offered a good excuse.  But he needed Mummy, and Tilly was not up for it.  Somehow I managed to talk her out of putting him in front of a DVD for a few hours but then I'd to sit with the agitated tyke for an hour while Tilly got herself dressed for bed (I have only seen her get dressed once since she moved in back in 2007) and did her teeth and so forth.

Come the morning and it transpires that Tilly and Lisa have arranged to go shopping.  Now, fair play to Tilly, she doesn't really do much without the children and so she needs this time.  Tim and I were to take kids through the woods for a walk.  This we start.  But Daughter is tired, very tired, and melts down half way round.  I deal badly with it because I am embarrassed - this is nothing to do with Tim, who doesn't really care, or the Daughter - a hold-over from my parents telling me how much I embarrassed them as a child I suppose.  The exchange left me feeling pretty crap as a parent on top of feeling overall crap about being a husband.  Before setting off that morning Tilly had discovered the handcuff key in amongst my stuff, why she'd been through it was not explained, and wanted to know what it was.  I tried lying but in the end had to tell her - she was disappointed and muttered something along the lines of "Oh, it's all that stuff that I don't really want to know about".  So, yeah, pretty crap.

On returning home I get an e-mail on the iPad from work that put me in a bit of a spin but with an attachment that wouldn't open on that device.  Tim was showing videos to the kids on my laptop at this point, having borrowed it to check up on his facebook whilst I made lunch - you can see how much talking we'd managed by this point.  I borrowed the laptop back and the daughter melts down again because she wants to see a video.  She needed a nap.  I ham-fistedly try to get her to take one, but a combination of feeling crap and the work e-mail make me jump all wrong and I end up getting angry instead.  It does not end well.  Tilly and Lisa misread the train timetable and need to be picked up so Tim goes to do that, leaving me with both of them and a general feeling of gloom.

Tilly returns, the Boy takes a nap after seeing her - meaning he won't go to bed at normal time - and Tim and Lisa take their leave.  I broach why I'm feeling shitty to Tilly and probe gently about discussing what happened in the morning.  Tilly confirms that she has no desire to talk about any of my issues and states "I just wish it would just go away, to be honest".  This is to be an end to the matter as she is preparing to go and sing at church in the evening.  I drive her down, as normal, then bring the children home.  Daughter manages to stay awake until 7pm before finally crashing and assenting to sleep but Boy, having napped, was still awake at 9pm.  Of course I then spend the next hour sorting out the chinchilla, I'm sure I've ranted about that before now, and the Boy was screaming with Tilly at 10pm.  No chance of discussion with Tilly, having not seen her for the whole day really, and I'm back on the sofa.

None of this was helped by the references Tim made to the amount of sex married couples have.  He was trying to make light and imply that he and Lisa aren't doing it very often, but finding it fun.  It just reminded me that his once a week, which is so terrible, is light years away from my last doing it in July last year.

So, feeling shit and planning to try some light self-bondage to compensate I retired to the sofa, it doesn't last long - can't have marks for going back to work y'see.  Not that I have some seriously normal issues or anything.  I almost wish Tilly and I had had a row on the Friday, it would have been a damn' sight more worthwhile than not having spoken to her for a day and being frozen out of conversation because I wasn't a female or sober.

Warned you right there at the start. 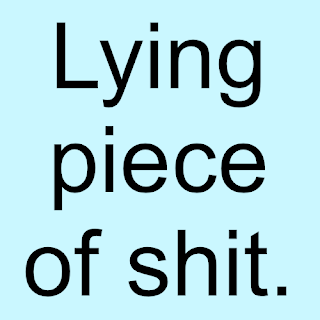